Nora’s Review of… The Last Year of the War 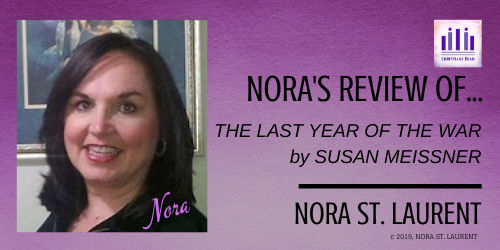 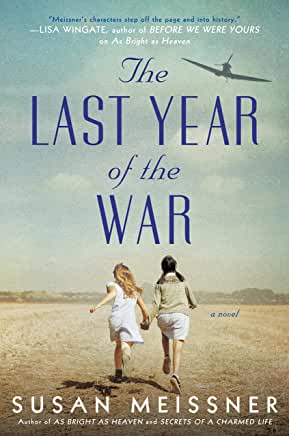 THE LAST YEAR OF THE WAR

REVIEW: The first line grabbed and surprised me. It compelled me to read more, “I’ve a thief to thank for finding the one person I need to see before I die.”

This author masterfully blends two story lines. One in the past (1943) and the other in present time with main character Else Sontag searching for a long-lost friend named Mariko Inoue Hayashi. These teens meet after the attack on Pearl Harbor when both ladies’ families were tossed in an internment camp. Mariko was Japanese and Else’s family was from Germany. These two became fast friends as they learned to navigate this new life they were thrown into.

Most of this novel was told through the eyes of teenage Else and some in 90-year-old Else’s voice where her Dr. tells her she has Alzheimer’s. I liked Else’s spunk and attitude when she says, “I’ve named my diagnosis after a girl at my Junior High School in Daven port – Agnes Finster – who was forever taking things that didn’t belong to her out of lockers. My own Agnes will be the death of me” —“Agnes will swallow me whole, inch by inch. Every day a little more. She will become stronger and I will become weaker…. I will forget forever the important things. The things that matter.”

The urgency to find Mariko before she forgets – was real. She had something important to give her. Else sets out on a secret journey her family knows nothing about; using techniques she’s learned to keep her on track to the mission at hand should she forget.

Readers get a front row seat at Else’s house 1934 when their home was invaded by Everything changed after the attack on Pearl Harbor. “FBI agents on a mission to find dirt on her daddy and arrest him as being an enemy alien suspected of subversive crimes, against the United States of America…”

Else and her family were abandoned, left to fend for themselves. I had never read anything about the internment camps, how America created them and who they put inside. Fear and panic seized the world after Pearl Harbor. Susan Meissner tells this first-person account through teenage Else’s eyes and understanding. Readers get a front row seat and sometimes walking in the shoes of this young lady and her family as they try to make sense of why the are being taken from the only home in Arizona, they’ve known for 15 years and then placed in a family camp with a fence and guards.

These were dark times and people did some pretty crazy fear driven things trying to get control. I’m not a history buff but this heart-wrenching tale helped me learn so much about this time period. People were left to put the pieces of their lives back together after the war ended. I love learning about history through this powerful, poignant historical fiction depicting things as they were through characters I cared about. This story and the situation will stay with me for a long time.

This makes for a fascinating read and one that would work well for book club. I highly recommend this novel. It’s a must read.

Disclosure of Material Connection: I received a complimentary copy of this book from the Publisher.  I was not required to write a positive review. The opinions I have expressed are my own. I am disclosing this in accordance with the Federal Trade Commission’s 16 CFR, Part 255 “Guides Concerning the Use of Endorsements and Testimonials in Advertising.”

USA Today Bestselling and Award-Winning Author of 50+ books, short stories/novellas and hundreds of articles. Published in as many as 63 countries and recognized by Who's Who in the World as an author and an educator. Former featured Columnist for Social-IN Worldwide Network and Book Fun Magazine. Sponsor/Founder of ChristiansRead.com. Vicki's latest novel is in the Behind Closed Doors: Family Secrets series, Blood Strangers. FMI visit www.vickihinze.com.
View all posts by Vicki Hinze →
This entry was posted in Nora St. Laurent, Uncategorized and tagged highly recommended reads, historical fiction, internment camp, Nora St. Laurent, Pearl Harbor, Susan Meissner, War. Bookmark the permalink.