Posted on September 24, 2019 by alexanderhodde 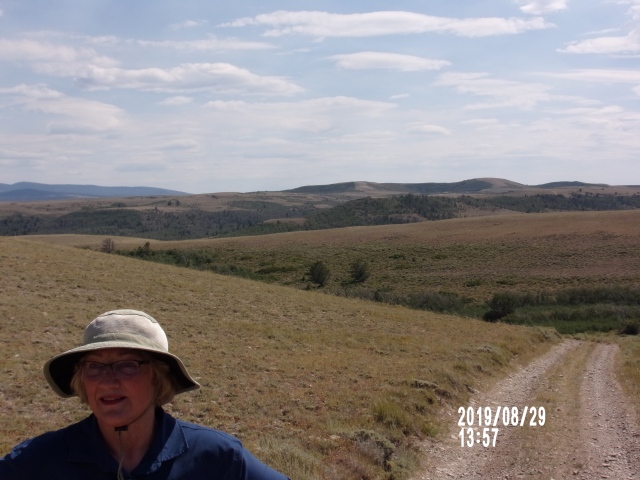 “What’s in that field over there?” Mel exclaimed as we drove the wide open spaces where we had recently moved.

“What are you talking about?” I asked.

He pointed toward a distant parcel of land where the clouds blocked the sun. “What is that?”

I was confused. “All I see is cloud shadow.”

I looked at him in awe, though I was driving so I couldn’t do much. “Are you kidding?”

“What on earth is cloud shadow?”

I think I slowed the car down a little, but it was nearly three years ago, so I don’t recall that clearly. “You know, when the clouds block the sun’s rays in a particular area?” He had to know this.

“Honey, you lived in the forests of the Ozarks for far too long. Out here in the wilderness, where there aren’t trees, you can see the shadows of the clouds on the earth in huge quantities.”

He sat staring out the window in awe. “That’s just shadow? From clouds?

I loved it. I, who had spent my first decade plus in desert lands, was actually able to teach him something new, since he had no memory of living anywhere but thick forest, where only trees and houses and people and other objects that were connected to the ground caused shadows. He never gave much thought to the fact that clouds cast shadows on the earth because he could never see them through the trees.

Now he takes pictures of cloud shadows because they are so fascinating to him.

Of course, I see them afresh now, too, since he does. It’s still amazing to him.

Writer that I am, I found that his sudden discovery of cloud shadows took on a deeper meaning for me: unseen shadows. Or maybe unacknowledged shadows.

I spoke to a young woman the other day from Peru who had not been raised in a Christian home as I had. She described her childhood to me, and her sense of missing something vital in her life until she found Christ. I can’t remember a time in my childhood when I wasn’t in church several times a week. However, I discovered talking to her that I have no idea what other people experience. I guess I thought everyone had already heard about Christ’s death and resurrection. But too many people live in the shadow of unbelief, not because they reject Christ as their savior, but because they were never offered the chance to know Him in the first place by another human being.

So many of us Christians cannot identify. As I’ve always known about cloud shadows because I grew up with them, Mel only recently discovered them. As we who have grown up in Christian homes take the truth for granted, others don’t know the truth.

This is where we come in. Even though we might not identify, we can share. We can show. We can reflect God’s love through our lives in our acts of kindness. This means I have to stop complaining about rude drivers when I’m on the road. Yikes!

There are people in our town here in Wyoming searching for that vital missing thing in their lives, even some who take part on our Bible studies who have not yet seen the truth of what we’re studying. They seek the answer in scary stuff like witchcraft and tarot cards and incantations. Others seek the answer through destructive relationships and drugs. They are seekers in danger of being tricked and led in the wrong direction. They need to know God’s love more completely through us. And they need our prayers, most certainly not our animosity.

Cloud shadows aren’t dangerous as far as I know. I love to watch them sail across a wilderness landscape. But there are shadows of evil affecting helpless people around us. They don’t have our protection. We need to share Him with them lovingly, whenever we see an opportunity, with kindness and prayer, not with judgment or revulsion.

Have you been shocked or surprised by the beliefs of some people in your sphere of influence lately? You’re probably going to see more as the world darkens. You might be their only hope. Put on the full Armor of God–which is Jesus Christ–and help them fight against the shadows of evil.

We love to hike, we love to read, and we love to write. We are active in a small house church that recently moved into a building that was once a parts store, so life is fun and exciting for us.
View all posts by alexanderhodde →
This entry was posted in Hannah Alexander and tagged being aware, shadows, spiritual warfare, unseen darkness. Bookmark the permalink.