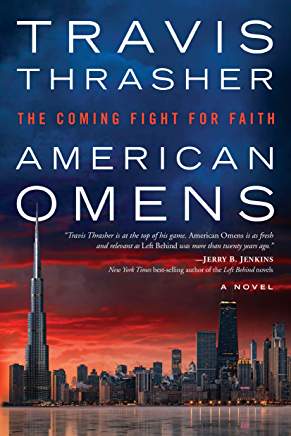 ABOUT THE BOOK:  This taut thriller depicts a future where belief is dangerous, faith is deemed hatred, and a group of powerful elites keep watch. The Reckoner has come to wake up America.

The year is 2038 and Cheyenne Burne is a brilliant young programmer working for Acatour, the world’s top technology firm. Her father converts to Christianity, and he suddenly disappears without a trace. When a stranger hands Cheyenne a coded message that sends her on a collision course with a clandestine group of believers, she must put her life in the hands of those following a man known only as the Reckoner. He claims he wants to bring back true faith in Christ to America and also reveal the forces behind the disappearances of the many renowned people who publicly declared their Christian faith.

Operating in the shadows and living off the grid, this mysterious prophet assembles a ragtag team–including a former bookseller whose store was shut down for selling prohibited books–to help him take the battle for transparency to the top. With a ruthless FBI agent closing in, can Cheyenne and the others expose the truth and lead a return to God in America before it’s too late?

NORA’S REVIEW:  I couldn’t put this thrilling, haunting, suspenseful, fast-paced, thought-provoking novel down. Its kind of like the of movie I Robotwith Will Smith. It also had the feel of the movies Enemy of the Stateand Mission Impossibleall rolled into one wild ride I’m still thinking about.

The I Robot aspect of the story was the robot technology; how the cars drive themselves and the robots can help you and are with you all the time. They are called “partners” in this story.

TheMission Impossible feel was the fact that the Reckoner has asked this group to do something unheard of; which to them is an impossible mission to accomplish. Just like the Mission impossible movies the author reveals some of the plan to the audience but not the whole thing until the plan is put into action and is played out on the screen.

Then finally the Enemy of the State aspect of the novel. The whole country is up in arms about Christians – they are wiping out any mention of God. Many Christians have mysteriously disappeared and suspected dead soon after their declaration of faith.  They’ve become an Enemy of not just the State but of the world.

The first character the reader meets is Dowland whose great at his job. He wipes out assigned targets. He’s on his last mission. He’s to kill the Reckoner. The Reckoner who tells people God is real. Everyone knows that isn’t true. But part of him wonders as he reads a piece of paper found at his latest victim’s house, “Abraham approached God and said, “Will you sweep away both the righteous and the wicked?” Gen 18:23. Memories of his grandmother and her faith come to mind. He pushes them away and presses onto his next mission, which is interrogating Christians; wiping out them out systematically to find their leader, the Reckoner.

The next character introduced is Cheyenne Burne. She’s a program specialist for Acatour. She helped put technology in people’s heads. The year is 2038, many Christians have gone missing presumed dead. Her father was one of them. He became a Christian and then disappeared without a trace, not even a note good-bye.

Then she hears a message in her head, …” This is your wake-up call, Cheyenne. You’ve been sleeping your whole life, dreaming those dreams. The alarm clock is about to go off, and there won’t be anyway to press the snooze button…. Do not over think and analyze the situation you’re about to encounter—Just act and don’t react. Deal with the road in front of you and the door that’s about to open.”

She no sooner finishes listening to this message when things start to explode. She finds herself heading thru a door she didn’t know existed. Now she’s on the run for her life.

The last character readers are introduced to is Will Stewart, former book store owner. After 10 years in business his dream store has closed. He knew he wouldn’t get rich, but his goal was to connect with a community of fellow believers.

Will struggles…” Believing wasn’t the issue, nor was knowing the truth. It was following and obeying and getting with the program and not having this awful uncertainty running through his system day and night.” …” Why can’t I be like the rest of them? Not worrying about God and not feeling guilty for not being strong enough? Not carrying this load of fear and brokenness around while also hurting for all those how are so deluded, so far gone?”

He ponders as a customer shares with him, “Our souls are assaulted daily, and yet we are all so passive, acting as if the bombs didn’t just destroy the home around us and refusing to arm ourselves and go into battle. We are pacifists, not because of some strong belief to be so, but because we don’t have strong beliefs in the first place.”

You’ll be burning the mid-night oil with this story that will rock your world and as you can’t stop thinking about these characters and their struggle in a whole new light. It’s chilling! I highly recommend this novel as an amazing read and one that would work well for book club as there is so much to talk about. This book is a keeper and a must read!

Disclosure of Material Connection: I received a complimentary copy of this book from the Publisher.  I was not required to write a positive review. The opinions I have expressed are my own. I am disclosing this in accordance with the Federal Trade Commission’s 16 CFR, Part 255 “Guides Concerning the Use of Endorsements and Testimonials in Advertising”

USA Today Bestselling and Award-Winning Author of 50+ books, short stories/novellas and hundreds of articles. Published in as many as 63 countries and recognized by Who's Who in the World as an author and an educator. Former featured Columnist for Social-IN Worldwide Network and Book Fun Magazine. Sponsor/Founder of ChristiansRead.com. Vicki's latest novel is in the Behind Closed Doors: Family Secrets series, Blood Strangers. FMI visit www.vickihinze.com.
View all posts by Vicki Hinze →
This entry was posted in Nora St. Laurent, Uncategorized and tagged AMERICAN OMENS, Christian fiction, drama, Futuristic, mystery, Prophecy, REVIEW, Science Fiction, suspense. Bookmark the permalink.