Independence Day is on the near horizon. On Monday, we’ll gather with family and friends and neighbors. We’ll picnic and grill. We’ll watch fireworks explode, maybe shoot off some ourselves, and celebrate the day off work. But do we and our kids know what exactly we’re celebrating?

Recently, I watched man-on-the-street interviews on a college campus. Asked who America fought for its independence, only one person of those asked could answer correctly. Only one.

This was admittedly shocking, but then in many institutions, the study of American history is an elective. The study of civics is elected. How can students grow to informed citizens when they have no idea about their roots, the country’s fabric, or the way the government works?

Realizing the deficiencies should concern us all. And it should set us all to thinking. Noted philosopher, Socrates, considered independence the ability “to find yourself, think for yourself.” Elbert Hubbard said, “Freedom cannot be bestowed—it must be achieved.” Both make valid points that are worth some thought this Independence Day.

In America, thanks to the efforts of our forefathers who established this nation and all who have sacrificed so it endured, everyone in America is born free. Everyone has rights that protect his or her freedom. But in everyday, practical life, whether or not one remains free is up to the individual.

Freedom and independence are Linked

One can’t be truly free while being dependent on another. Whether you rely on an individual or an entity to, say, house and clothe and feed you or to pay your dental bills, once you are reliant you are no longer self-sustaining or self-reliant or independent. You are no longer free.

With dependence comes costs. You rely on and are subject to the terms and conditions of being reliant. There are rules you are required to follow to be given what you need.

You can do this. You can’t do that. You must fit within these perimeters. If you do fit, you get what you need. If you do not fit, you don’t. That’s not freedom.

Embracing those “requirement” rules results in an absence of freedom. And that absence, if embraced, takes people to a place where it’s like stepping on a treadmill and, once on it, one can never step off.

Perhaps that truth is the root of the saying, “There’s no such thing as a free lunch.”

An example. You collect a check from the government each month. You can’t work. If you work, you lose the check and the medical benefits that come with it.

You’re dependent, subject to the rules for getting the check, but once you step on that treadmill, you’re stuck on it with no way off. If you work, you lose what you have. If you don’t, you’re stuck where you are for the duration. It’s a lose/lose situation.

That isn’t independence or freedom. That limits you and what you’re able to do and to achieve. Freedom, on the other hand, limits us only by our imaginations and our willingness to make efforts and take risks.

How Rare is Independence?

Personal freedom and independence isn’t a new concept, but in the world, for people to be free is rare. Most citizens of the world live under heavy restrictions.

Founded on an idea, America has none of these restrictions. Its republic is and since inception has been reliant on its people to value their freedom, liberty, and independence. Americans must respect and desire freedom and independence and value personal liberty—and be willing to fight to preserve their rights. 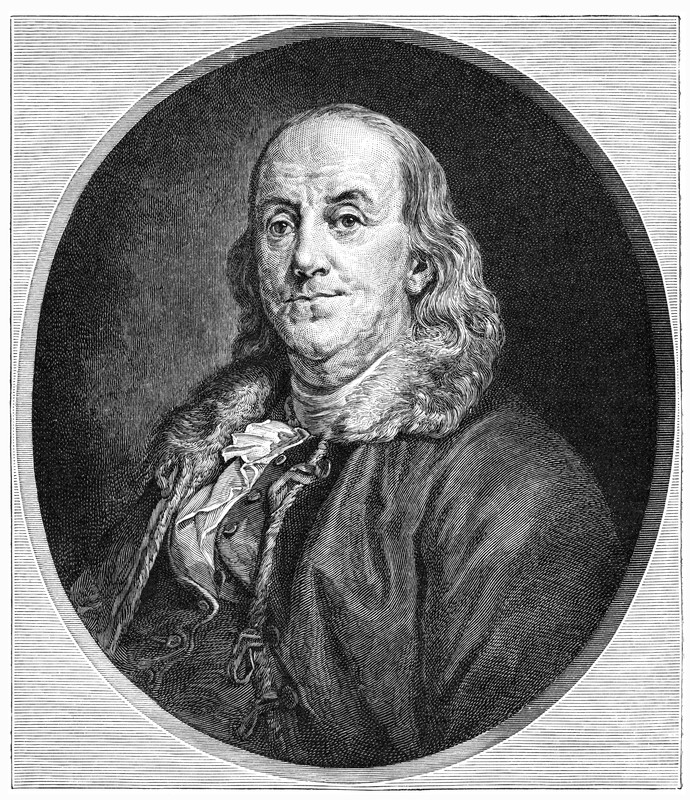 Benjamin Franklin, a founding father and patriot, once responded to a woman named Mrs. Powel, asking what the founding fathers had created—a republic or a monarchy. “A republic,” Franklin said, “if you can keep it.”

The founders knew that independence and freedom didn’t just depend on creating that republic but also on maintaining it. Constantly guarding and protecting it. That due diligence is the responsibility of each and every individual in each and every generation.

It alone warrants American History and Civics being mandatory studies for all students. To do your due diligence, understanding the rare privilege and rights you have and knowing how your republic works is essential.

Use It or Lose It

If you enjoy choosing your life, your school, your work and want to continue to make those choices yourself, then defend your freedom and embrace your independence. Be self-reliant.

If you enjoy choosing your faith or the absence of it, defining yourself and what is important to you, deciding the kind of life you want to live and the kind of person you want to be, then take to heart the words of Steve Jobs: “Don’t let the noise of others’ opinions drown out your own inner voice.”

If you enjoy speaking your mind, voicing your opinions, expressing yourself, then defend your freedom and independence.

The Bill of Rights is the heart of individual liberty, personal freedom. To, as Socrates said, think for yourself and as Hubbard said, achieve freedom.

Freedom, like independence, isn’t a one-shot-and-you’re-done deal. Both freedom and independence must be guarded and maintained. Otherwise, those who seek power will seize both. Evidence of that reveals itself clearly in World History (which our students aren’t required to study, either).

Throughout history, when one seeks to control the masses, the first thing that must be squelched to successfully “transform” and bring everyone under One’s control is any freedom of choice. Get rid of God and substitute the government in His place. Remove the ability of people to defend themselves, to oppose being seized. Force people into relying on government, and then begin nudging the public to fall in line with One’s desires by making not falling into line painful.

High costs, hunger, restrictions; demeaning, ridiculing, demonizing—any and all that can be done to control people and their actions, behavior, conduct.

Historically, there is always a high-intensity move to control thought. This is how you should feel about this and that, and if you don’t, you’re abnormal, radical or racist. You’re … choose your own awful adjective. All of that isn’t about being fair or just or right, it’s about controlling others.

The natural inclination, for Americans especially, is to consider that type of manipulation unthinkable. It couldn’t happen here, some say. But the truth is it can, does, and is happening here. America only works if its people engage and stay engaged in its own affairs.

Many citizens of other nations have considered them losing control of their own lives unthinkable. But when we look at what actually happened to them, we see they did lose control—and many lost it by making the same mistake: They became apathetic, self-absorbed, wrapped up in their personal lives and they tuned-out on their own national interests.

Leaders seized that opportunity, seized power and control, and filled that power vacuum. Then came the nudging, which was inaccurately deemed to be misunderstandings. Surely Castro, for example, wouldn’t take away people’s private homes and businesses. But he did. And once he did, it was too late. The people had already lost too much and had nothing left with which to fight for themselves. That’s the cost of apathy and the cost of denial.

Who and Why We Are

This Independence Day, we need to remember who we are and why we are.

We need to remember that we are first and foremost Americans. Far too often, we think of ourselves as Republican, Democrat, or Independent. That’s a divide-and-conquer strategy politicians use to get elected. It is not an American First strategy.

This country was founded by those who wanted to be free to choose, free to pursue their own visions for their lives, free to worship as they desired without fear of retribution or execution. Pull out a copy of the Constitution and read it. A copy of the Bill of Rights. The Declaration of Independence. Get acquainted, reacquainted and connected.

Your independence is not something to take for granted. If you do so, know that you do so at your own peril. Look around at how women fare in most of the world today. Is that what you want for yourself? For your daughters and granddaughters?

Americans are so accustomed to exercising their own will that they’ve lost sight of the concept of not having that right or privilege. They’ve fallen to PC police in a way that would stun those who came before us. Do what I want done, the way I want it done. Think what I tell you to think or forget tolerance. I’ll shout you down, demonize you until you fear opening your mouth about anything. I’ll own you.

Is that what Americans want?

I seriously doubt it. But if they don’t want it, then they can’t do the same thing those before us did with apathy and denial and expect a different result. History will repeat itself.

Independence. Remember what it costs, and choose what it means to you.

If you fail to, you risk waking up and finding your independence and liberty and freedom is gone—a faded memory.

America, the idea, was not established for that. Founders didn’t pledge their lives, treasure and sacred honor for that. All who have sacrificed and shed blood to keep Americans free didn’t sacrifice for freedom to become a faded memory.

They did their part to establish and maintain freedom for this nation’s people. Not select people in it. Not its government. Its people.

The question on minds this Independence Day is, Will we? 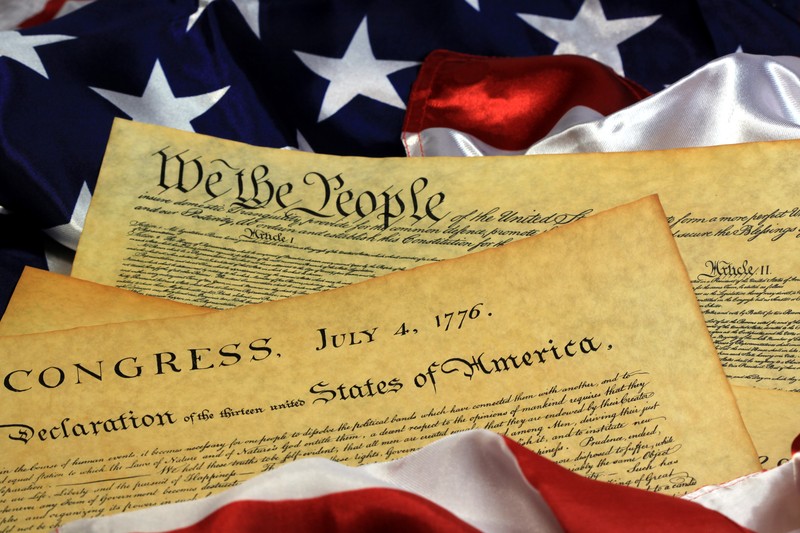 Did You Know: On the Declaration of Independence

In 1776, the Second Continental Congress met in Philadelphia. On July 2nd, twelve of the thirteen colonies voted to adopt the motion put forth by Richard Henry Lee for Independence. Thomas Jefferson drafted the statement. Two more days passed with debate and revisions—86 changes—before, on July 4th, the Congress adopted the Declaration of Independence.

USA Today Bestselling and Award-Winning Author of 50+ books, short stories/novellas and hundreds of articles. Published in as many as 63 countries and recognized by Who's Who in the World as an author and an educator. Former featured Columnist for Social-IN Worldwide Network and Book Fun Magazine. Sponsor/Founder of ChristiansRead.com. Vicki's latest novel is in the Behind Closed Doors: Family Secrets series, Blood Strangers. FMI visit www.vickihinze.com.
View all posts by Vicki Hinze →
This entry was posted in Vicki Hinze and tagged Christians Read, Independence Day, July 4th, Vicki Hinze. Bookmark the permalink.