A Cosmic Case for Faith?

Posted on June 8, 2019 by writinginoverdrive

by Jim Denney, adapted from
ANSWERS TO SATISFY THE SOUL:
Clear, Straight Answers to 20 of Life’s Most Perplexing Questions

I got to know Grace Lee Whitney when I worked with her on her Star Trek memoir, The Longest Trek.

Gene Roddenberry, the creator of Star Trek, was a confirmed atheist.

I never met him, but my good friend, actress Grace Lee Whitney (author of The Longest Trek), knew him well. She had worked with Roddenberry on two TV series, The Lieutenant (with Gary Lockwood and Robert Vaughn) and Star Trek (with William Shatner and Leonard Nimoy).

Grace told me, “I had many philosophical conversations with Gene in the studio commissary or in his office in 1966, as Star Trek was moving into production. We talked a lot about the show—but we also talked about politics and social issues, about equality between the sexes, and about religion. I was a Jewish atheist at the time—I loved the traditions of Judaism but I had no faith in God.”

Midway through the first season of Star Trek, Grace was sexually assaulted by a studio executive and subsequently fired from the series. That attack and the firing sent her into a tailspin of alcoholism, drug addiction, and sex addiction that nearly killed her. She was rescued by a Twelve Step recovery program. To keep her sobriety, she had to rely on a Power greater than herself. In time, the Power she relied on was Jesus Christ.

Gene Roddenberry, by contrast, remained an atheist until his death in October 1991. In an interview with The Humanist, published shortly before his death, he recalled:

In my early teens, I decided to listen to the sermon. I guess I was around 14 and emerging as a personality. I had never really paid much attention to the sermon before. I was more interested in the deacon’s daughter and what we might be doing between services.

I listened to the sermon, and I remember complete astonishment because what they were talking about were things that were just crazy. . . . I guess from that time it was clear to me that religion was largely nonsense—largely magical, superstitious things. In my own teen life, I just couldn’t see any point in adopting something based on magic, which was obviously phony and superstitious.

Gene Roddenberry saw belief in God as illogical and unscientific. Atheism, he believed, was the only enlightened, scientific world view. At the time of his death, Roddenberry had already been proven wrong. But he didn’t know it.

In the mid-1980s, I went through an internal crisis of belief. I was troubled by doubts about God, yet I also believed in following the teachings of Jesus of Nazareth (such as the Sermon on the Mount). I decided to claim the promise Jesus made in John 8:31-32: “If you hold to my teaching, you are really my disciples. Then you will know the truth, and the truth will set you free.” I wanted to know the truth, so I prayed to the God I doubted and I asked him to reveal the truth to me—wherever the evidence might lead, whatever the truth might be.

Weeks or months later, a magazine arrived in my mailbox, the April 1987 issue of Analog Science Fiction / Science Fact. It featured a nonfiction article by Richard Meisner, “Universe—the Ultimate Artifact?” The title intrigued me, and I started reading. I was amazed by what I read. Was this the answer to the prayer I’d been praying? 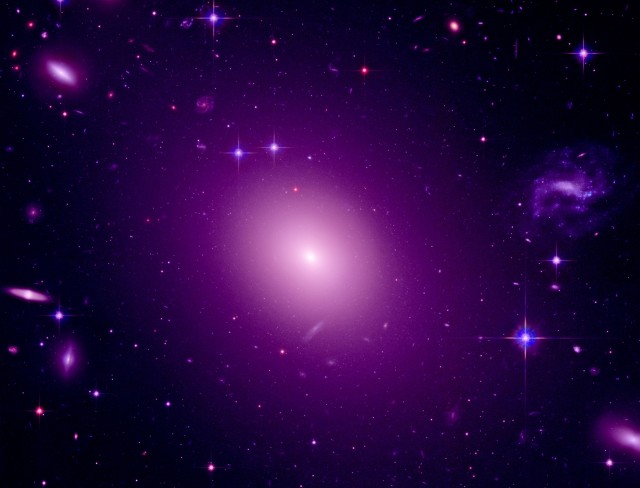 A year or so later, I bought a book with an intriguing title, though I didn’t know what the book was about: The Symbiotic Universe by astrophysicist George Greenstein. It was a detailed discussion of the scientific evidence I had first discovered in Richard Meisner’s article in Analog. Around that time, a friend lent me a copy of God and the New Physics by physicist Paul Davies—more information on the same subject.

What were Meisner, Greenstein, and Davies talking about? According to the scientific evidence, the universe appears to be an artifact—an object designed by an intelligent entity for an intelligent purpose. Meisner went on to quote several distinguished scientists—and what they said made them sound more like theologians than scientists.

Astronomer Sir Fred Hoyle: “A commonsense interpretation of the facts suggests that a superintellect has monkeyed with physics, as well as chemistry and biology, and that there are no blind forces worth speaking about in nature.”

Paul Davies: “It is hard to resist the impression that the present structure of the universe, apparently so sensitive to minor alterations in the numbers, has been rather carefully thought out.”

Richard Meisner: “One may feel inclined to apply the word ‘God’ in this context. This is justifiable, although I tend to avoid the word simply because I’ve found almost without exception that it triggers an immediate positive or negative emotional response in the listener—most inconducive to good scientific thinking.”

What made George Greenstein’s book so compelling was that he spent more than 200 pages laying out the case that the universe was designed by God—yet Greenstein himself was an atheist. The more he examined the evidence for God in the universe, the more he felt “an intense revulsion, and at times it was almost physical in nature. I would positively squirm with discomfort. The very thought that the fitness of the cosmos for life might be a mystery requiring solution struck me as ludicrous, absurd. I found it difficult to entertain the notion without grimacing in disgust.”

Pondering the evidence, Greenstein said, “the thought insistently arises that some supernatural agency—or, rather, Agency—must be involved. Is it possible that suddenly, without intending to, we have stumbled upon scientific proof of the existence of a Supreme Being? Was it God who stepped in and so providentially crafted the cosmos for our benefit?”

Then he answered his own question: “It is a matter of taste how one deals with [the scientific evidence for God]. . . . Those who wish are free to accept it, and I have no way to prove them wrong. But I know where I stand. . . . I reject it utterly. I will have nothing to do with it.”

Having rejected God as an explanation for the cosmic evidence, Greenstein offers his own explanation for the evidence: The universe mysteriously “bootstrapped” itself into existence. In other words, the universe needs intelligent life in order to become “real,” and intelligent life needs a universe in which to live. So, according to Greenstein, the universe and life mutually brought each other into existence. How does that work? Greenstein is a bit vague on the details.

It saddens me that Gene Roddenberry died thinking that belief in God is nothing but unscientific superstition. He apparently never knew about the persuasive, scientific case for God. The evidence is so strong and convincing it made George Greenstein, an atheist scientist, “squirm with discomfort” and “grimace in disgust.”

To me, that evidence was an answer to a prayer I prayed—a prayer in which I asked to know the truth about God’s existence. What is the evidence that Richard Meisner, George Greenstein, Paul Davies and other astonished scientists were writing about?

More on that in weeks to come. 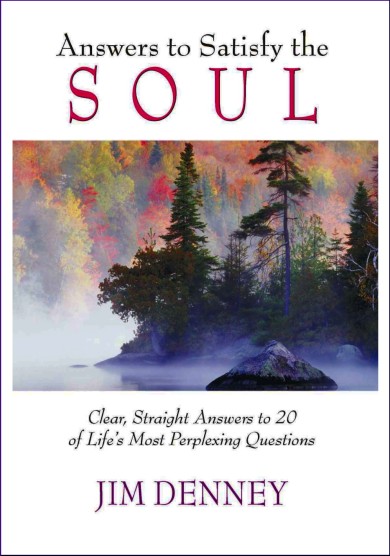 ANSWERS TO
SATISFY THE SOUL:
Clear, Straight Answers to 20 of Life’s Most Perplexing Questions
by Jim Denney

“Read this book and save yourself a lifetime of searching and wondering. The answers you seek are all right here!”
—Jack Canfield, author of Dare to Win and the Chicken Soup for the Soul series

“Grab an arm-load of Answers to Satisfy the Soul! Buy one for yourself, one to lend out, and a dozen to give as gifts. You’ve got a lot of friends who need this book!”
—Pat Williams, author of Character Carved in Stone

“If you are on a quest for success, happiness, love, meaning, or God, this book is for you. Whatever you seek in life, Answers to Satisfy the Soul will speed you on your journey.”
—John C. Maxwell, author of The 21 Irrefutable Laws of Leadership

1 Response to A Cosmic Case for Faith?