What Would Walt Disney think of Star Wars: Galaxy’s Edge?

Posted on May 25, 2019 by writinginoverdrive

A change of pace today. Instead of a blog post, I’m going to link you to two blog posts I’ve written this week on other sites, both related to Disneyland and Star Wars. 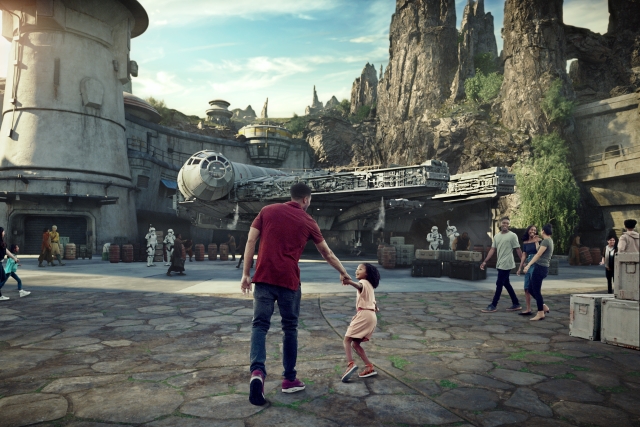 Walt Disney died in December 1966, more than a decade before the first Star Wars movie was released. What would he think of Galaxy’s Edge, Disneyland’s new 14-acre “Star Wars”-themed land? The answer might surprise you. In an op-ed piece I wrote for the Fox News website, I explored Walt’s own words about the future of Disneyland — and the future of human society.  Read more at the Fox News opinion site: “Would Walt Disney Approve of ‘Star Wars: Galaxy’s Edge?”

ABOUT JIM DENNEY AND WALT’S DISNEYLAND: Jim Denney has more than 120 books to his credit, and has co-written books with sports stars and Hollywood celebrities. His previous book on Walt Disney, How To Be Like Walt (co-written with Orlando Magic founder Pat Williams) has remained in print for a dozen years, and has garnered 4.8 out of 5 stars in 185 customer reviews on Amazon.com. Walt’s Disneyland: It’s Still There If You Know Where to Look by Jim Denney (Anaheim, CA: Writing in Overdrive Books, May 2017) is available at Amazon.com; Paperback $15.99; Ebook $5.99.