Posted on April 14, 2018 by pathwaysoftheheart 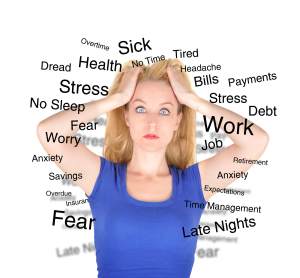 Last year was a very difficult year for me.

A troubling family situation consumed my mind, therefore focus on other things was a challenge.

2018 was also the first year of the Blue Lake Christian Writers Retreat which I direct, and I had never directed a writers’ conference before. I wanted the conference to be successful, so I planned the best selection of classes and speakers I could and prayed people would register. There were a lot of details like marketing and promotion, room assignments, menu planning, etc., to organize. I had no team of people or co-director, so I was basically handling it all myself. Stress began.

Shortly after the conference, one of my book manuscripts was due to the editor. I had not been able to do any writing before the conference, so I basically had to write the whole book afterwards. Even though I knew what the book was about, it was still very difficult to concentrate. The stress mounted.

After I turned in my manuscript, I worked on another book proposal with an editor from a different publisher. Everything seemed to be running smoothly until I lost contact with the editor. Based on my expectations, I had made some significant decisions. Then I found out the editor was no longer with the company I was working with and the project fell flat. Stress increased.

As I approached the end of the year, I had no new contracts and wondered about my writing future. Worry joined the stress.

Finally, I received good news when I was notified that a novella proposal I was part of was accepted by the publisher. That encouragement was what I needed to finish the year.

As a new year began, I looked back and recognized what a mess I had been and wondered how I made it through. And I realized I couldn’t have done it in my own strength. I made it a habit to start the day with God, spending time reading devotions and journaling my prayer requests. I’ve done this for so long that it’s a routine, and even when I don’t know how to express myself, God knows what’s going on and what I need, and I think he honors my commitment to Him for that time.

When I prayed for direction, He led. He made sure the writers retreat went smoothly and successfully.

When I asked Him to write the story with me and through me, asking my prayer partners for prayer, He told me how to finish the story.

When the editor disappeared along with hope for that project, He told me to wait.

But when the novella contract came through, He was telling me He still believed in me, even when I didn’t believe in myself.

Like the poem “Footprints in the Sand,” God carried me through the year.

However, He had a lesson to teach me. He showed me how important it is to not place too many expectations on myself, which causes stress. Instead, I need to let Him handle everything.

I’m doing a Bible study by Priscilla Shirer about Sabbath in which she focuses on God giving us the Sabbath for rest, and we aren’t to pile so many things on ourselves that we cannot rest. He said to come to Him and He would give us rest.

So this year, I’m resting in Him by refusing to take on too many commitments. I do not know what the future holds, but He does, and I don’t need to worry about it.

Is there something you can let go of to de-stress your life?

Christian writer
View all posts by pathwaysoftheheart →
This entry was posted in Uncategorized and tagged Sabbath, stress, writing. Bookmark the permalink.