The Christmas Story from a Writer’s Perspective

Posted on December 9, 2017 by pathwaysoftheheart 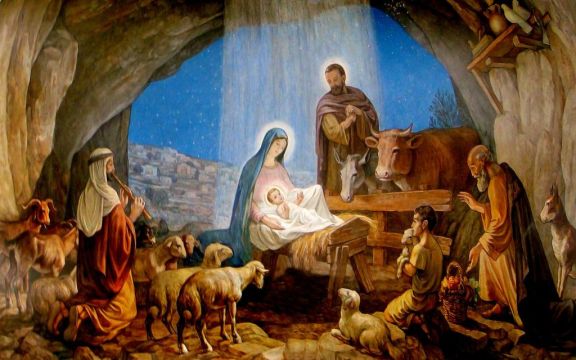 The more I study the craft of writing, the more I read like a writer. I look at how the author tells the story, what adjectives and verbs they use, whose POV they use, and how many “rules” they break. Since I’m a critique partner with three other writers, I’m used to looking for ways the story could be better – what could be left out or added to make it stronger.

Now, when I analyze a book’s structure, shaking my head at what is wrong, but highlighting those things well done, hoping I can duplicate the strengths of the writer. So is it any wonder that now I read the Christmas story as a writer too?

It’s a simple story, right? If you were to write a one-line synopsis, what would you say? “How God saved the world by sending his Son?” “How Deity Became flesh so we could be redeemed?” “How God showed His love by giving us His Son?” I’m sure you can think of others. But when you read the story, it’s far from simple.

For years, the Israelites looked forward to a Messiah. They expected a royal king born in a palace. A warrior-king like David who would lead the army into battle against their oppressors and establish a new kingdom for them.

But the story didn’t play out as expected. The prophecy said the Messiah would be born to a virgin. However, getting pregnant out of wedlock was a sin, and because the virgin in question, Mary, was betrothed, she would have been considered adulterous. A sin punishable by stoning, especially since Joseph, her betrothed, was not the father. What was he to do?  CONFLICT.

Then an angel appeared to Joseph in a dream and told him the baby was the Messiah and everything would be okay. RESOLUTION.

Joseph accepted Mary’s condition. All was well. The baby was almost due. But wait. Caesar Augustus called for a census requiring everyone to travel back to their home towns to register.  Joseph had to take nine-month pregnant Mary to Bethlehem. CONFLICT.

And so they proceeded, slowly, to Bethlehem. RESOLUTION

But when they got there, there was no place to stay and Mary was having contractions. CONFLICT

But then, they were offered a stable to stay in and share with the animals. The baby Messiah was born there. RESOLUTION.

All is well. The baby was even welcomed by shepherds. So Mary and Joseph had a healthy baby boy they took home to raise. But wait. Some wise men had been looking for him a long time and followed a star to find him. They stopped at the king’s palace to ask directions, not knowing the king wasn’t interested in worshipping a new king and they inadvertently tipped him off to a potential usurper to his throne.

But the wise men found Jesus and worshipped him. But wait. Now the current king, Herod, wanted to kill the baby. CONFLICT.

Then Joseph had a dream warning him to go to Egypt and stay there until Herod was no longer a threat. So Joseph left with Mary and the baby. Jesus was safe. RESOLUTION.

Wow! What a great story! No wonder it has captured the interests of millions for centuries. A great plot, lots of excitement and suspense to grab our interest and keep us reading to the end. And this is not fiction.

But we know the story didn’t end there. It continued to the adult Jesus was crucified for the redemption of the world. It continued to His glorious resurrection when He won the victory over death for us. And it continues today in the lives of His believers. So now, we can read the story not only as an observer, but also as one of the characters, because we’re included. We’re part of the world He came to save. And Praise God, His point of view has now become ours.

“For all have sinned and come short of the glory of God.” Romans 3:23 CONFLICT

“For God so loved the world, He gave His one and only Son, that whoever believes in Him shall not perish but have eternal life.” John 3:16 RESOLUTION

Christian writer
View all posts by pathwaysoftheheart →
This entry was posted in Marilyn Turk, Uncategorized and tagged Christmas, Christmas from a writer's perspective. Bookmark the permalink.