Reaching the non-Christians in Japan by Camy Tang 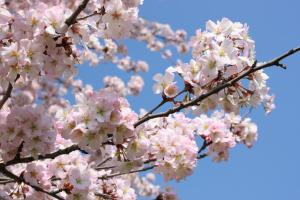 I had a really interesting conversation with two young women who are staff with me for our church youth group. Both of these women are in their mid twenties, and one is from China, so their age and backgrounds give me a different perspective on evangelism from my own experience.

I was talking about how I really want to reach non-Christians in Japan with my fiction. Less than 1% of the population in Japan is Christian, and there are very few Christian churches in Japan, even counting home churches.

We also talked about how there is some distrust of “foreign” or “Western” religions—and basically, anything west of the borders of China is considered “Western” to Asian countries, which was something I hadn’t realized. They considered the Middle East to be “Western.”

I’ve been reading a lot of English-translated manga and watching anime TV shows to understand the entertainment industry in Japan and what message it’s sending to people. I’ve also been seeing a lot of “slice of life” shows that seem to have certain minor threads in all of them, which show how people seem to view their religion in their daily lives. They seem to adhere to long-standing social rituals like visiting the Shinto shrines at New Years, but it doesn’t always have an impact on people’s day to day lives, unlike Christianity.

In talking with these girls, we also discussed how Buddhism and Confucianism and the like tend to stress a “moral life” and for people to be responsible in their daily lives, as opposed to an active awareness of God’s involvement in life and fate.

One important thing that I got out of the conversation is that people in Japan and other Asian countries might feel it’s disrespectful to change their long-standing traditions passed on from generations before. Respect for ancestors is something strongly stressed. I’ve had some really interesting conversations with Japanese nationals who go to my church, and one or two of them have mentioned that sometimes there is a demonic aspect to ancestor worship that also may be fighting against the truth of the gospel in people’s hearts.

The conversation with the girls made me want to study and know more about the Eastern philosophy. I need to understand the social and cultural background of the Japanese in order to be able to know how to present Jesus in a way that they will understand. I want to show them that Jesus is not just a “Western” religion that’s easy for them to reject simply because it’s “foreign.”

It’s interesting, because a few months ago, I wasn’t all that interested in my Japanese heritage, but since God has stirred in me a desire to reach non-Christians in Japan, I’ve been strongly motivated to learn more about the Japanese and their culture. I’ve become really excited with the prospect of fulfilling the Great Commission in this way.

Unfortunately, my dislike for Japanese food has not changed. 😛 If I ever get to go to Japan again, I think the only thing I’ll be able to enjoy eating is ramen!

Camy writes romantic suspense as Camy Tang and Regency romance as USA Today bestselling author Camille Elliot. She is a staff worker for her church youth group and leads one of the Sunday worship teams. Visit her websites at http://www.camytang.com and http://www.camilleelliot.com to read free short stories and subscribe to her quarterly newsletter.
View all posts by Camy Tang/Camille Elliot →
This entry was posted in Camy Tang, Uncategorized and tagged Asia, evangelism, Japan. Bookmark the permalink.