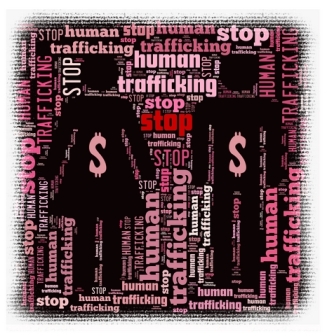 Not too long ago, I wrote a book called Deadly Ties.  It was the second book in my Crossroads Crisis Center series and it dealt with human trafficking.

That was a subject that had been on my mind for a long time.   It was one of my readers who elevated it on my personal radar.  She wrote in and shared with me a personal encounter she’d had—read that, a near miss at being abducted—and frankly, it scared the fool out of both of us.  It also set me to researching.

What I discovered chilled my blood.  Until then, like many I’ve spoken with since the book’s release, I related human trafficking to distant places and other cultures.  I didn’t realize that was so prevalent in the United States.

And that’s why I wanted to write the book.  I thought if I was that uninformed on the very real dangers, then a lot of others were, too, and that was dangerous for us and worse, for our children.

You see, the average age of trafficked victims proves they’re not adults but children.  Girls and boys.  That made the book a mission.  We have duties and obligations to protect our kids—and we want to do that—but to do so effectively, we need to be informed.

We teach our kids not to talk to strangers, and yet many do.  They’ll help find a missing kitten or puppy.  They’ll help a man with a broken arm or on crutches get to his car.  One such man was notorious serial killer, Ted Bundy.

In Deadly Ties, I didn’t use random abductions because even uninformed specifically, we tell our kids to be wary and watchful and aware of who and what is going on around them.  But there are other abductions that are deliberate, targeted, and just as devastating, and those are even less spoken of or written about, so those are the ones I focused most intensely on in the book, though there were victims of random trafficking as well. 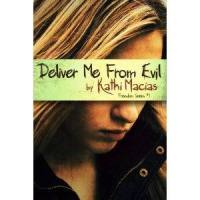 Deliver Me From Evil by Kathi Macias

My fellow Christians Read author, Kathi Macias, has done a trilogy of books on trafficking also.  Deliver Me from Evil is the first.  Others too have written on the subject and awareness seems to be increasing.  I pray that it is.

Because our kids are relying on us, and we’re relying on each other.  In my book, the women weren’t in bad neighborhoods or places they shouldn’t have been when they were abducted.  One was putting gas in her car.  One was in a shopping mall parking lot, about to get into her car.  Normal places we go, doing things we normally do.

On a trip to south Texas, my husband and I were traveling early one morning.  It wasn’t yet dawn.  We stopped at a convenience store for gas, and on the window of the store was a sign.  It was about human trafficking, about it being a crime and if you were being trafficked or knew someone who was to call a number.

I immediately remembered that reader’s letter to me and the fear I’d felt on reading it.  But seeing that sign in that window made trafficking even more real and immediate, and that’s when I decided I’d write that book not one day but that day.  Start it, at least.

I’ve heard from a lot of readers on Deadly Ties.  How it had shocked them, made them aware that this doesn’t just happen other places.  It happens here, in our places.  And that they hadn’t talked to their kids about trafficking, typically trying to protect them from the seediness and depravity in it, but now realized that not talking about it was leaving their children vulnerable and unprotected.

Some have written that the book was hard to read because of the subject matter.  I understand that totally.  It was hard to write for the same reasons.

Over the years, I’ve written many books on many subjects with the hope of raising awareness.  Abuse. Domestic violence.  National security issues that impact our daily lives.  And now on human trafficking.  I don’t know the impact of the book.  Kathi Macias or any of the other authors who write awareness books know the impact of their books, either.  There’s no way to measure it.   But I do know that authors of awareness books dare to hope the potential for good from them far exceeds the discomfort endured in writing them.

And that leads me to ask:

Have you read a book that elevated your awareness of something significant, or that could be significant to you personally?

PS.  Be sure to sign up for our CHRISTIANS READ MEGA CONTEST at The Book Club Network.  16 books by Christians Read authors.  Click HERE for details.

USA Today Bestselling and Award-Winning Author of 50+ books, short stories/novellas and hundreds of articles. Published in as many as 63 countries and recognized by Who's Who in the World as an author and an educator. Former featured Columnist for Social-IN Worldwide Network and Book Fun Magazine. Sponsor/Founder of ChristiansRead.com. Vicki's latest novel is in the Behind Closed Doors: Family Secrets series, Blood Strangers. FMI visit www.vickihinze.com.
View all posts by Vicki Hinze →
This entry was posted in Kathi Macias, Uncategorized, Vicki Hinze and tagged awareness books, Christians Read, christians read mega contest, crossraods crisis center series, deadly ties, deliver us from evil, human trafficking, Kathi Macias, the book club network, Vicki Hinze. Bookmark the permalink.